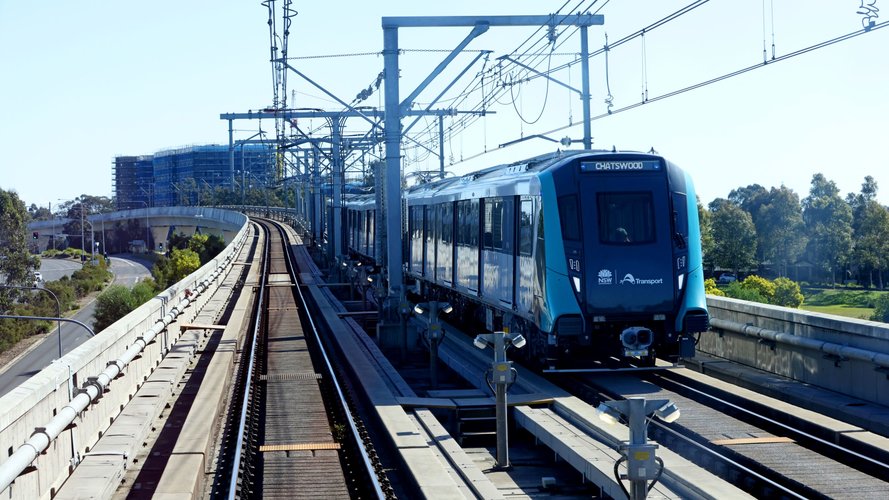 Four of 23 new driverless trains for Sydney City and Southwest Line have started passenger services on the Metro North West Line providing more flexibility on the network ahead of metro services starting through the city in 2024.

The train moves onto the track for the first time to complete a programme of tests involving acceleration, braking, and operating at different speeds. The testing and commissioning phase confirms each train meets stringent design and operational requirements and adheres to Sydney Metro’s strict safety standards.

The trains must also complete a minimum of 500 km of travel prior to integration into passenger services.

The new trains are expected to join the existing fleet of 22 North West Metro Line trains by mid-2023, with the new trains doubling the number of trains on the network.

The Sydney City and Southwest Line is an extension of the Metro North West Line inaugurated in May 2019. The line will be 30 km long connecting Chatswood and Bankstown city’s south-west area via the CBD. The project covers the construction of a 15.5 km of twin tunnels and between Chatswood and Sydenham and six new stations and new underground platforms at Central Station. Under the project, the 13.5 km T3 Sydenham – Bankstown suburban railway line and the 11 existing stations will be converted to meet metro standards. The project also includes the expansion of the existing Rouse Hill train facility and the construction of a new one at Sydenham.

The new metro line will bring Sydney metro system to four metro lines with a total length of 113 km served by 46 stations. The new line will increase the number of trains by 60% during peak periods providing an additional capacity of 100,000 passengers per hour.