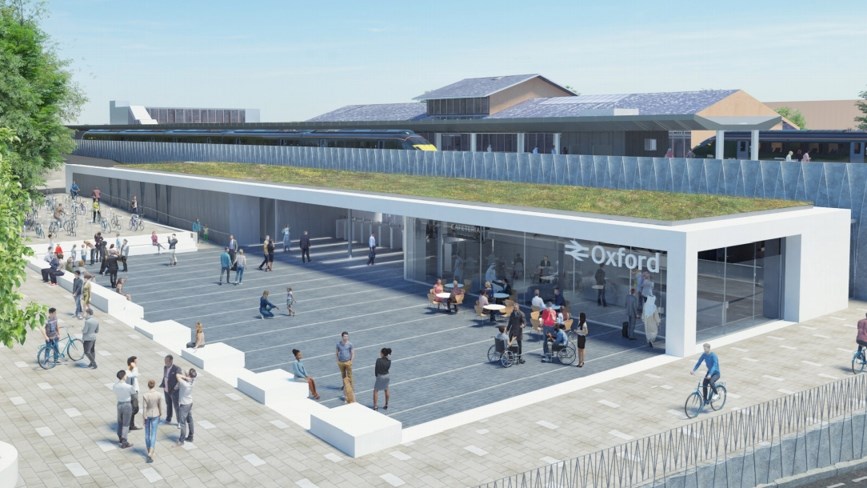 Britain’s Department for Transport awarded a GBP 78.6 million (EUR 93.27 million) to Network Rail for the redevelopment of Oxford station and railway, to deliver a bigger and better station, more services for passengers and freight, and improved journey times for passengers in the future.

The funding announcement follows a GBP 69 million (EUR 81.9 million) investment from the government committed in May 2021 to support the development of the design and enabling work. The Oxford Local Enterprise Partnership (OxLEP) are also contributing an additional GBP 10.5 million (EUR 12.46 million) towards the project.

The funding follows the granting of a Transport Works Act Order (TWAO) and will enable Network Rail to significantly transform Oxford station, the railway in Oxfordshire and nearby road network, boosting the number of passengers the station can serve, accommodating new services including freight and improving the accessibility of the station.

The project includes the introduction of a new track and platform alongside the existing platform 4 creating an island platform on the west side of the station, a new western station entrance which will be connected to the new platform via a subway, stairs and lift, improvements to road network and replacement of Botley Road bridge which will include a four-metre-wide cycle/footpath on each side, and the construction of three new crossovers which allow trains to switch tracks at Oxford North Junction resulting in reduced journey times.

The track work to create three high-speed crossovers at Oxford North Junction will take place in September and October.

In March, Network Rail appointed Kier to deliver the design and enabling works for the project which includes the diversion of utilities on Botley Road over the coming months, ahead of the bridge being replaced by August 2023.

Oxford is one of the busiest stations in the south, managing more than 8.5 million passengers, and its rail infrastructure is close to full capacity and currently wouldn’t be able to accommodate the increase in services planned for 2024.