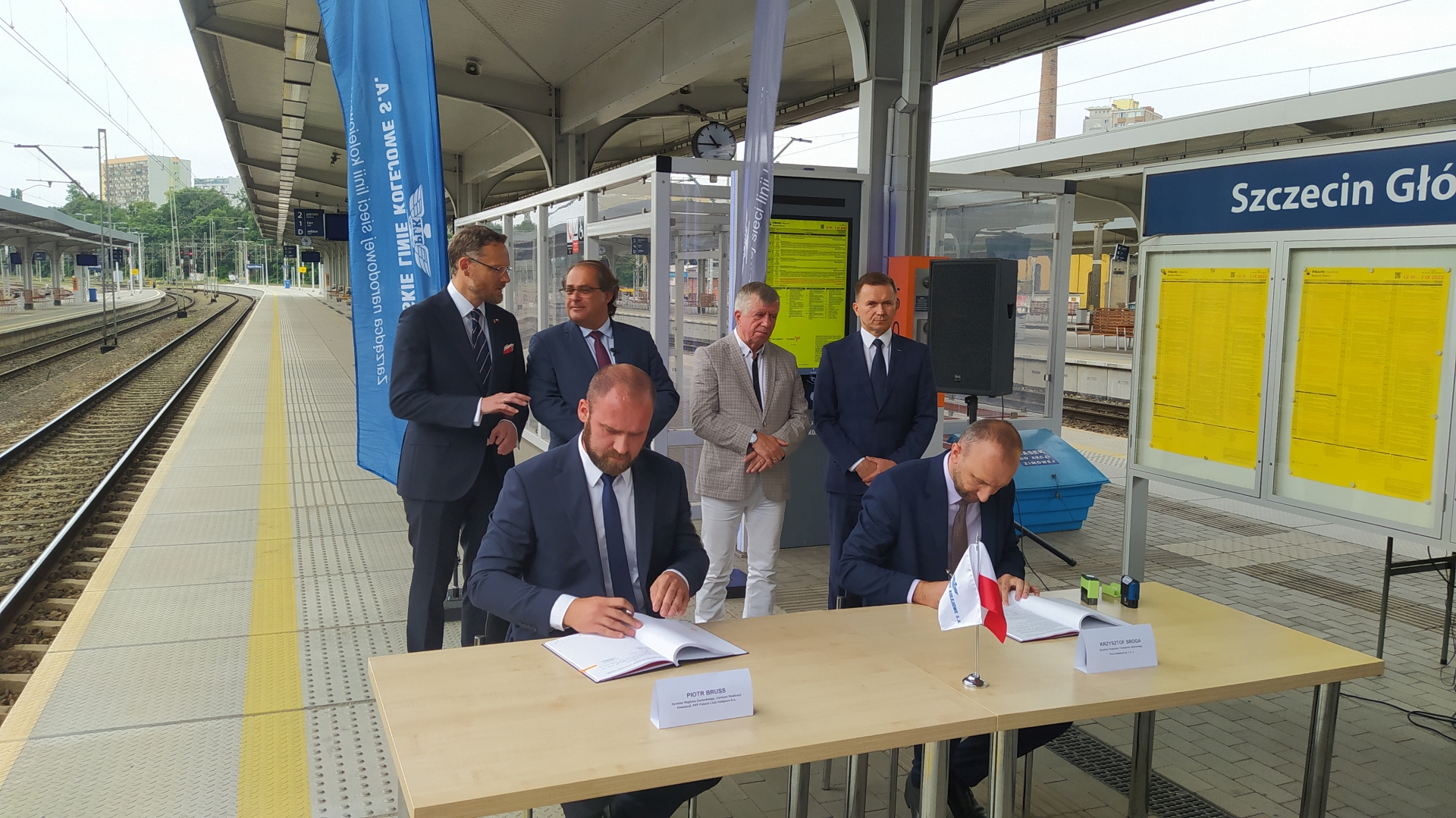 PKP Polskie Linie Kolejowe awarded Databout Sp. z o.o. a design documentation contract for modernisation and construction project of the Polish – German rail connection. The PLN 9 million (EUR 1.9 million) contract is financed by PLK’s budget and the completion of design work and commencement of construction is planned for mid-2024.

The project covers electrification, comprehensive modernisation on the route from Szczecin towards the German border and the construction of the second track on the previously single-track sections along the railway line No. 408 Szczecin Główny – Szczecin Gumieńce and No. 409 Szczecin Gumieńce – state border at Tantow.

“The modernisation and electrification of the Szczecin Główny – Szczecin Gumieńce – state border line will create new possibilities for rail transport between Poland and Germany. The investment will provide better conditions for the transport of goods, while passengers will enjoy a shorter and more comfortable journey,” Marek Gróbarczyk, the secretary of state at the Ministry of Infrastructure said.

To increase the safety of rail, road and pedestrian traffic, it is planned to build collision-free intersections replacing the existing rail-road crossings along the Cukrowa street – on the railway line No. 408, and along the Przylep – Ostoja – Rajkowo – Szczecin road (on the railway line No. 409). A railway viaduct, a passage under the tracks and the reconstruction of parallel roads are planned along the Cukrowa street to improve the traffic safety.

Under an agreement between PKP Polskie Linie Kolejowe and DB Netz related to coordination, preparation and implementation of projects to improve the Berlin – Szczecin railway connection, the section of the railway line No. 409 Szczecin Gumieńce – state border will be electrified.

The project also includes the construction as station in Kołbaskowo and three new passenger stops where agglomeration trains will end their run. The new platforms will be higher, which will make it easier for passengers to get on and off the trains and the people with reduced mobility will benefit from ramps and guidance paths. The shelters and benches will ensure the comfort of waiting for the train. The platforms will be also equipped with legible signage boards to facilitate passenger orientation. The Szczecin Gumieńce station will be adapted accommodate 750-metre-long trains and at Szczecin Główny station a single-edge platform No.5 will be constructed to increase the comfort of passengers and the possibility of receiving and sending more trains. The platform will handle the agglomeration traffic on the railway line no. 408 towards Szczecin Gumieńce and on the no. 406 towards Police. In order to enable passengers to conveniently access the platform, the existing footbridge is planned to be extended.

“This is another step towards the development of modern and safe railway infrastructure in Western Pomerania. The investment will increase the tourism attractiveness of the region and the rank of Szczecin as a communication hub. It will increase the competitiveness of investors who want efficient rail connections,” Zbigniew Bogucki, the voivode of West Pomerania said.

The modernisation of Polish – German rail connection will cut the travel times, will provide better access to trains and more efficient freight transport services as well as modern and comfortable platforms for passengers. Under the project, passenger links will be improved on the Szczecin – Polish-German border evenntually connecting Berlin. Freight traffic from the Szczecin Gumieńce station towards the border will gain better opportunities.

The completion of works on the railway line No. 409, adjacent to the German side, is planned by the end of 2025. The entire project is expected to be completed at the end of 2027. The project’s investment will depend on the availability of funds under the new financial perspective, as well as the rules and criteria for using EU financial instruments.