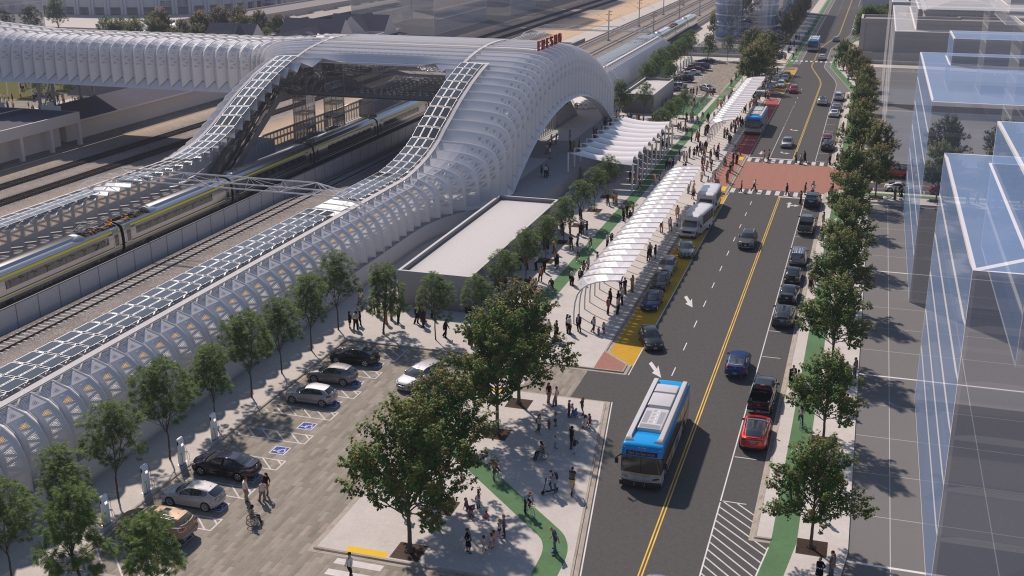 The Central Valley stations are Merced, Fresno, Kings/Tulare and Bakersfield and will serve high-speed rail passengers on the initial 275 km (171 miles) section.

The USD 35 million design contract was awarded to Foster + Partners and Arup (F+P Arup) for the first of two separately funded phases. The first one covers an advanced design work at the four station sites, including identifying right-of-way and utility relocation requirements necessary for construction. The second phase involves the progress to final design and construction ready documents, construction support and commissioning. The duration for the first phase of work is estimated to be 30 months.

The California high-speed rail project is currently under construction along 191.5 km (119 miles) in the Central Valley at more than 30 active job sites. In the past several months, the authority also began advancing design work on the alignment to extend work north into Merced and south into Bakersfield.

Recently, CHSRA obtained a USD 25 million in federal funding grant to advance the construction beyond the existing alignment works and into Downtown Merced. In March, the authority released the final EIR/EIS for the San Jose – Merced high-speed section with a length of 144.8 km, in Northern California.

The new railway line from San Francisco to the Los Angeles basin will allow trains to run at a speed of up to 320 km/h. The future high-speed railway will eventually extend to Sacramento and San Diego, totalling 1,287 km (800 miles) served by more than 24 stations.

The project is split into 12 sections between San Francisco and San Diego. The first phase covers a 837 km (520 miles) rail line from San Francisco/Merced to Los Angeles/Anaheim. The second phase of the project includes the extension from Merced to Sacramento and from Los Angeles to San Diego via the Inland Empire that would complete the 800 miles of the system.