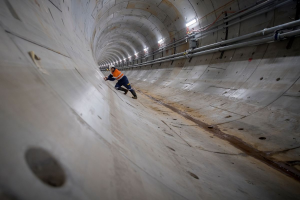 The Government of New South Wales selected Bechtel as the integration and delivery partner for Sydney Metro West project.

The project is expected to create about 10,000 direct and 70,000 indirect jobs during construction works.

The new connection will be a 24–kilometre metro line with stations confirmed at Westmead, Parramatta, Sydney Olympic Park, North Strathfield, Burwood North, Five Dock, The Bays, Pyrmont and Hunter Street in the Sydney CBD. In December, the national authorities have announced plans for the construction of Pyrmont station as part of the project to provide residents increased access to metro services and the public transport system.

In 2019, the NSW Government committed AUD 6.4 billion (EUR 4 billion) over four years to accelerate and deliver the construction of the Sydney Metro West project.

In April 2020, Sydney Metro submitted a State Significant Infrastructure application seeking approval for the Sydney Metro West Concept and Stage 1 construction, consisting of tunnelling and station excavation between Westmead and The Bays Precinct and in March 2021 the government has approved two major planning approvals paving the way for the tunnel boring machines to be in the ground by the end of next year.

Future planning stages will seek approval for major civil construction works including station excavation and tunnelling between The Bays to Sydney CBD, as well as tunnel fit-out, station building and operation of the line between Westmead and the CBD. The community will be able to have its say at each stage of the planning process.

In August 2020, three consortia have been shortlisted for the Central Tunnelling Package covering 11 km of twin tunnels.