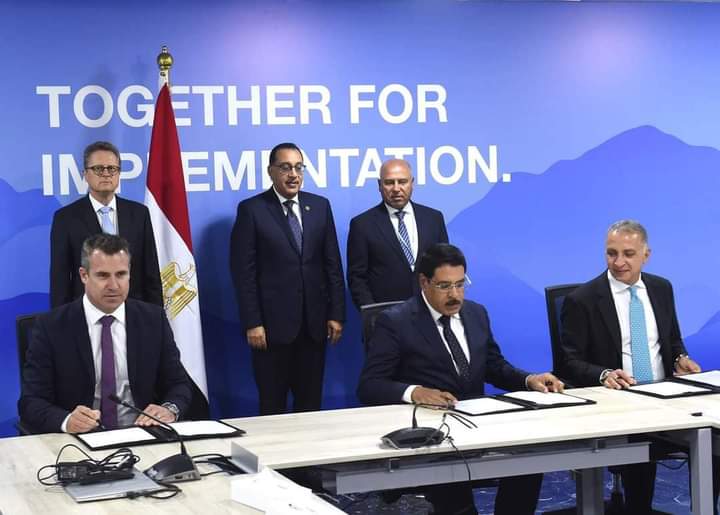 A joint venture of Deutsche Bahn and Elsewedy Electric (EE) won a EUR 1 billion contract to operate Egyptian high-speed rail network. The contract will be initially implemented in 15 years and has an option for further 15 years. The contract has been signed by the Egyptian government and the two companies on November 8, 2022 at the UN Climate Change Conference in Sharm el-Sheikh in the presence of Egypt’s Prime Minister Mostafa Kamal Madbouly, the Minister of Transport Kamel El-Wazir, and the Ambassador of the Federal Republic of Germany in Cairo Frank Hartmann.

“The signing of the contract comes as an embodiment of the comprehensive plan that the President Abdel Fattah El-Sisi directed to expand the establishment of green, sustainable, clean and environment-friendly transport networks and to enhance cooperation with the private sector in major project,” the prime minister said.

The contract was signed by the President of the National Authority for Tunnels General Sherif Hassan Lail, the CEO DB E.C.O. Group Niko Warbanoff, and the CEO of Elsewedy Electric Ahmed El Sewedy.

The joint venture between DB IO and EE will take over operation of the infrastructure and rolling stock for high-speed, regional and freight services, as well as maintenance of the stations and depots.

“We are helping to bring modern mobility to millions of people in Egypt and are ensuring climate-friendly freight transport by rail. The new rail system will drive Egypt’s economic development and help to protect the climate, which will benefit all of us,” Niko Warbanoff, the CEO of the DB E.C.O. Group said.

DB International Operations (DB IO), a subsidiary of Deutsche Bahn, will take on the largest rail project in Egypt’s history and the sixth-largest high-speed network in the world.

In May 2022, a Siemens Mobility-led consortium including Orascom Construction and The Arab Contractors won a EUR 8.1 billion contract to develop the 2,000 km Egyptian high-speed rail network consisting of three lines. The consortium will build the infrastructure and will supply the passenger trains and freight locomotives. Under a EUR 2.7 billion contract, Siemens Mobility will supply 41 eight-car Velaro high-speed trains, 94 four-car Desiro high-capacity regional trains and 41 Vectron freight locomotives. The contract also includes the delivery of the ETCS Level 2 signalling system and the power supply system.