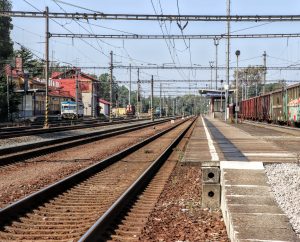 Správa železnic, the railway infrastructure manager in the Czech Republic, has completed the installation of the European Train Control System (ETCS) on the entire Petrovice-Břeclav railway.

As a result, another 204 km of lines have been added to the Czech railway network, which are equipped with the modern security system. Construction work began in mid-2017 and lasted three and a half years.

Under the project, three rail sections were equipped with the ETCS including the 14 km between Petrovice u Karviné and Bohumín, 92 km from Bohumín to Přerov and 98 km from Přerov to Břeclav.

The introduction of a single European system required technical modifications at the central control room in Přerov, from which a large area in the affected section of the second transit railway corridor is controlled.The device works with so-called fixed balises located in the track.These serve as a reference point for the exact location of the vehicle so that the train protection system determines exactly where the train is located.

AŽD was the contractor of the ETCS deployment on the Petrovice-Břeclav railway which was co-financed by the European Union from the Connecting Europe Facility (CEF). The total investment costs of the project reached CZK 730.5 million (EUR 27.9 million) excluding VAT. The EU support rate is 85% of the eligible costs. Under the CEF 2014 Transport call, Czechia received from the European Union EUR 20.5 million (approximately CZK 533.8 million).

The project covered the deployment of ETCS Level 2, Baseline 3 on the 204 km long double-track Petrovice u Karviné–Břeclav-Hrusky section, located on the Baltic-Adriatic Core Network Corridor. The project involved the technical design, the deployment of the system, its authorisation and adaptation of the GSM-R network in 5 locations. It is part of a global project on deployment of ETCS on the Czech Republic’s railway network aiming at increasing the rail safety and interoperability. Implementation of the project ensured full interoperability of the Czech part of the Baltic-Adriatic Core Network Corridor.