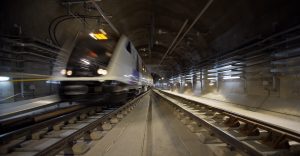 The Crossrail project has reached the next important milestone with the trial running of four trains an hour underway on the Elizabeth line as part of the major railway trials taking place throughout this year.

This is ahead of the Elizabeth line opening and is a crucial moment in the project with the railway set to open in the first half of 2022.

“Safely delivering the Elizabeth line as soon as possible is one of my top priorities, so I’m really pleased that trial running is now underway. The whole Crossrail team are doing all they can to get the railway open and ensure London and the wider South East can enjoy its many benefits sooner rather than later,” Sadiq Khan, the Mayor of London, said.

The trial running programme involves integrated trials of the railway to demonstrate that the line is safe and reliable, and that it meets the capacity and performance requirements needed to move to the final stage before opening the railway. This final stage before the Elizabeth line opens to passengers is known as trial operations, which ensures the safety and reliability of the railway for public use and will involve a wide range of exercises such as evacuations of trains and stations later this year.

Throughout the trial running programme, operations and maintenance staff and train drivers will play an integral role with the Romford Route Control Centre (RCC), the hub where they will signal all trains in the tunnel. Maintenance teams will be available to keep the railway running, as well as responding to any operational incidents across the network.

Crossrail will steadily ramp up the numbers of trains running in the 42 km of tunnels that have been built below London and on the existing rail network to allow the railway and the supporting systems to be operated as close as possible to an operational timetable. Ahead of trial running commencing, the Great Western Main Line and Great Eastern Main Line were fully integrated with the line’s central section to form an operational railway ready for trains to run across the route.

Crossrail is also making good progress with the new central section stations and has recently transferred Tottenham Court Road Elizabeth line station to TfL, which means the station can be fully integrated with the operational network ahead of the opening. 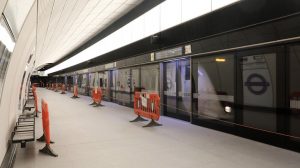 Tottenham Court Road Elizabeth line station has been constructed by Laing O’Rourke and is the third of the new Elizabeth line stations to be transferred to TfL, following Farringdon in March and Custom House last year. The London Underground and TfL teams will now begin their readiness activities to prepare he station for Trial Operations beginning later this year. Laing O’Rourke will continue progressive demobilisation from the site.

Crossrail Limited is delivering the Elizabeth line running from Reading and Heathrow in the west, through 42 km of new tunnels under London to Shenfield and Abbey Wood in the east.