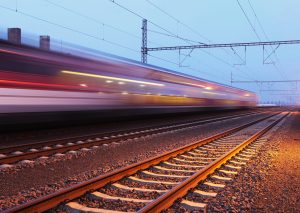 The EU ambassadors agreed on a mandate for negotiations with the European Parliament on a regulation to create an International Procurement Instrument (IPI), which will help to address the lack of a level playing field in world procurement markets.

The International Procurement Instrument is a trade offensive tool aiming to provide the EU the necessary negotiating leverage to open up third countries’ procurement markets and ensure access and a level playing field to EU businesses in those markets.

“The EU will be now better equipped to defend European businesses against discriminatory and restrictive practices applied by some of its major partners. If the procurement market of a third country is closed to EU companies, the EU could close segments of its own procurement market in response. An open procurement market will boost competition and transparency, reduce the cost of public goods and services for taxpayers and minimise the risk of corruption,” Augusto Santos Silva, Minister of State and Foreign Affairs of Portugal said.

The IPI would enable the EU to limit or exclude, on a case-by-case basis, access to its public procurement markets by economic operators originating in countries that apply restrictive or discriminatory measures to EU businesses.

The existing EU commitments with third countries, including the WTO Government Procurement Agreement (GPA) and bilateral trade agreements, would remain unaffected by the IPI. In addition, the instrument is also structured to minimise the administrative and budgetary burden upon the contracting authorities from member states resulting from its application, and to take into account the specificities of the least developed countries and European SMEs.

Under the new regulation, the Council’s Portuguese Presidency introduced some key amendments in the legislative texts agreed by the Council which include:

In March 2019, the European Council called for action and in October 2020 asked to foster discussions. The Portuguese Presidency pursued a new approach, presenting in early January a draft text, building on the Commission’s 2016 proposal, the work of successive Presidencies and inputs from member states and accelerated technical discussions. This intense work allowed the Presidency to present a compromise proposal in mid-April that reflects the different views of member states in the Council and strikes the right balance between an instrument with sufficient leverage for the Commission in negotiations with third countries to open up their procurement markets for European businesses and limits the administrative burden on the member states’ contracting authorities and entities.

Following the endorsement by EU ambassadors of the Council mandate, the European Parliament will now have to adopt its position. The trilogues with the Parliament will start after the summer.

On rail transport, this instrument is crucial to create an international procurement fair market. Although the EU public procurement market for goods and services is transparent and open to foreign bidders, third countries are increasingly restricting access to their markets while their companies are winning significant contracts abroad, including in Europe. This creates a lack of level-playing field for the European manufacturers which face an increasing number of barriers when trying to access third country procurement markets.

The European rail supply industry has faced challenges to access foreign markets, mainly on the Chinese rail market. According to UNIFE, China’s rail market accessibility has reached a record low of 17%. Not only are some market segments effectively closed to foreign suppliers, but additional constraints like non-transparent public procurement procedures and expanding localisation requirements are regularly imposed by contracting authorities in the few areas that remain accessible.

Regarding the Japanese rail market, after years of negotiations, the EU and Japan’s Economic Partnership Agreement (EPA) entered into force on 1 February 2019 which provides European rail suppliers satisfactory guarantees on public procurement.