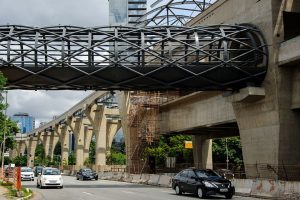 The eight stations are linked by a 7.7 km line, from Congonhas Airport to Morumbi station, with a connection to the Line 5, at Campo Belo station.

Metrô de São together with Constran will discuss the schedule of the works.

Previously, the project was awarded to Monorail Railroad Consortium (CMI) whose agreement was unilaterally terminated by São Paulo Metro, following continuously delays and the slow-down of the works’ execution. The problems determined São Paulo Metro to apply fines to CMI valuated at BRL 88 million (USD 21.14 million).

The metro company says that the contract for taking over the other contracts previously signed with CMI, which includes train delivery and signaling systems deployment, is in the final bidding phase.

In October, the Development Bank of Latin America (CAF) signed a USD 296 million loan agreement for the construction of Line 17-Gold.