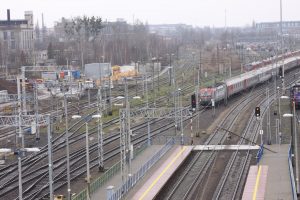 PKP Polskie Linie Kolejowe and WYG International signed the contract for a preliminary feasibility study on the development of Poznań Railway Junction.

Under the PLN 1.9 million (EUR 439 thousand) contract, the documentation will be completed in mid-2023.

As part of the study, four scenarios will be considered which will contain least 8 detailed variants of planned investments to develop the railways in Poznań and surrounding areas.

The proposals will be consulted with local governments and operators which will take into account the needs of the forecast rail traffic. The possibility of building new stops and railway connections as well as reactivation of currently closed routes will be analysed. The documentation will allow the Poznań Railway junction to be adapted to the increasing volume of trains and to ensure better access to rail transport with an increasing number of passengers.

“When starting studies, we look to the future and we plan ahead for efficient and effective railway development in the Poznań agglomeration. Thanks to this, we will prepare the needed investments for the coming years. Increasing the capacity and facilitating access to trains will allow better use of the rail potential in the region. As in the Poznań agglomeration, analyses and changes include in the Szczecin, Warsaw and Wroclaw agglomerations,” said Arnold Bresch, member of the Management Board of PKP PLK.

A preliminary feasibility study will determine, among others, the possibility of building a new railway line from the Poznań Główny station to Tarnów Podgórne and Kaźmierz via the Poznań Ławica airport. The documents will answer the question of the legitimacy of reactivating the currently closed lines to Śrem and Międzychód, as well as the need to build additional tracks from Poznań towards Gniezno, Kościan, Szamotuły, Środa Wielkopolska and Piła, which would allow the separation of agglomeration and long-distance traffic, with the increasing number of regional trains.

The analysis will cover the reconstruction of tracks at the stations, including Poznań Główny, Poznań Wschód and Poznań Starołęka in order to allow more trains to enter the stations and locations of new stops, providing residents with convenient access to railways and enabling better integration of the railway services with other transport modes. The study will also take into account the planned adjustment of the rail freight beltway to the needs of passenger traffic, while maintaining a smooth cargo transport.

An important part of the study is the improvement of freight transport on Poland’s north-south and east-west axis through the Baltic – Adriatic corridor, running through Poznań and the North-Baltic Sea. The study will consider the need to adapt the Poznań Railway Junction to support heavier cargo trains over 750 m in length, ensuring more efficient freight transport.

The planned construction of new tracks between Poznań Franowo, Luboń and Poznań Górczyn stations will enable operators to launch more freight warehouses and increase the reliability of cargo transport.