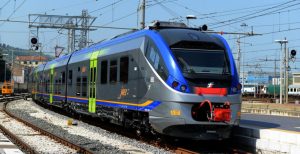 The new route variant, estimated at 10 km, is part of the construction works for the reorganisation of the Bari railway node, needed for the new Naples – Bari line, which is under construction, as well as for the railway connection of Campania and Puglia Southern regions.

The project is part of the Bari hub, which is a critical part of the Italian railway system because it is part of the freight route of the Adriatic Corridor and accommodates numerous metropolitan and regional rail services.

The infrastructure and technological works planned for the hub are aimed at boosting the capacity of the metropolitan transport system and upgrading the entire system. Dedicated lines for freight traffic are to be constructed, to avoid the interference with the metropolitan, regional and long-distance passenger traffic flows. Intermodal and intramodal integration will be improved and several territorial and environmental criticalities, both to the north and south of the hub, will be resolved.