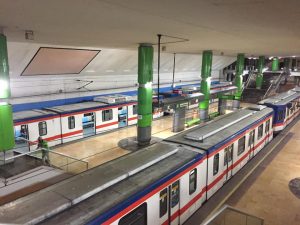 Sener will fulfill the contract within two packages. One includes the field work comprising geometric and topographic survey, hydrological study, identification and evaluation of preparatory work, geological and geotechnical studies of the main rail and railway crossings, as well as environmental feasibility. The second involves the preliminary project which includes general description and railway engineering for passenger and freight transport services.

The new railway system is expected to use 62 km of existing tracks and will combine passenger and freight transport. The average speed of the passenger transport is expected to be between 40 and 50 km/h. The network includes 27 stations of which three are interchange stations proving transport connections with Monterrey metro line 1 and 2, and to the bus transport network through Ecovía BRT.

The network will have a capacity of 170 to 200 passenger per train car and it is expected to meet traffic demand estimated at 250,000 passengers per day. This will generate a decrease of up to 81 million annual trips that are currently made via other transport modes in the area.

The Monterrey commuter train will serve the cities of Apostaca, San Nicolás de los Garza, Monterrey, San Pedro Garza García, Santa Catarina and García, spanning the most important metropolitan area of the Mexican state of Nuevo León, an area that ranks second in terms of its contribution to the country’s GDP.

The project will also introduce rail passenger services serving Mariano Escobedo airport which is used by 11 million passengers each year.

Currently, the railway network in Monterrey metropolitan area is operated by the railway freight trains and by this USD 1 billion project which includes modernisation and upgrade works, the railway lines will be also used by the passenger trains.