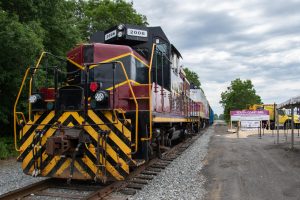 The MBTA has obtained all required permits to begin construction, which is expected to take 30 months and begin this summer.

Under the contract, the JV will construct two commuter accessible stations in Freetown and Fall River. The new Freetown station and Fall River depot station will both include accessible high-level side platforms and feature additional amenities that include a drop-off area and bicycle parking. The contract for the South Coast Rail project also includes a depot in Fall River at Weaver’s Cove, whit 6 track. The secure site will also have an 1,800-square-foot crew building and parking areas for employees. 19

Besides the additional systems infrastructure, the Fall River Secondary contract also envisages the modernisation of 19 km of tracks, 8 rail bridges and under-grade bridge all situated in Lakeville, Freetown, and Fall River, 10 grade crossings, 6 interlockings, and 10 culverts. 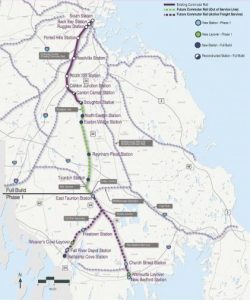 The project includes the installation of new rail tracks, ballast, and sub ballast, raising the track in some locations and installing ballast vibration mitigation. Retaining walls will be constructed as required.