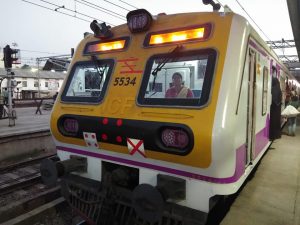 Larsen & Toubro won two contracts to build the new Delhi – Meerut high capacity system in India which will allow trains to run at speeds of over 100 km/h.

Under the contract awarded by National Capital Region Transport Corporation (NCRTC), L&T will be responsible for the construction of a regional rapid transit system which will be designed for speeds of 180 km/h with an average operational speed of 100 km/h.

The Indian company will construct a 37-km system with 7 elevated stations. The line will start from Duhai to Modi Nagar and further from Modi Nagar to Shatabdi Nagar. The line will be constructed on the Delhi – Gaziabad – Meerut corridor.

“We are delighted to have been entrusted with responsibility to develop this unique project, a first-of-its-kind for India which is a reaffirmation of our proven capability to build faster and reliable mass transit systems that are in sync with our strategic goal of aiding rapid transportation infrastructure development,” said S V Desai, Senior Vice President at Heavy Civil Infrastructure IC, L&T Construction.

In February 2019 the Union Cabinet approved the high-speed regional transit system on Delhi-Ghaziabad-Meerut which was estimated at USD 4.25 billion. The global project envisages the construction of an 82-km system with 68 km of elevated line and 14 km of underground.

It is expected that the whole project would be completed in 2024 providing fast and comfortable transport services along the corridor.

This is the first phase of a programme promoted by the National Capital Region to increase rail market share and to provide efficient transport services which will reduce the traffic on the roads. Under the first phase, two corridors will be constructed on the Delhi-Gurugram-Alwar and Delhi-Panipat routes.

Later, other eight projects are expected to be launched in the region.

Under the 2020 railway budget, India has proposed the Delhi-Meerut project with the aim to encourage the investment for the development of rapid suburban railway networks through Special Purpose Vehicle structures.