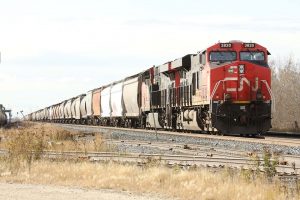 The procurement is part of the CAD 9.2 billion (USD 6.8 billion) 2020 capital investment programme which includes rolling stock renewal and key track expansion projects which will allow CN to provide better transport services to its customers.

“By purchasing new hopper cars for the second time in two years, we are continuing to deliver on our commitment to grain farmers, grain customers and the overall supply chain to expand our collective capacity through fleet renewal,” James Cairns, Senior Vice-President of CN said.

The acquisition of new generation, high-capacity, grain hopper cars will encourage the economic recovery through job creation in the North American manufacturing sector and help CN continue to meet the growing needs of grain farmers and grain customers.

The investment “will help us move more grain. We are confident in the future of the grain business and its key role in CN’s long-term growth. By investing in the construction of these new cars, we want to help quickly stimulate the North American economy by supporting manufacturing and agriculture related jobs,” Jean-Jacques Ruest, the CEO of CN said.

In Canada, CN operates a fleet of 12,650 hopper cars made up of Government of Canada hopper cars, CN-owned and leased cars, and customer-supplied private cars that have been integrated into the common fleet.  To expand its grain rolling stock fleet, in 2018 Canadian National announced the procurement of 1,000 new generation high-cube grain hopper cars over the next two years. According to the 2019-2020 Grain Plan, in June 2019, 500 of the new cars had been delivered, with the balance expected by the end of 2020. This important acquisition has enabled CN to adjust to additional grain demand, in part through greater carrying capacity on average relative to older cars.

CN operates a fleet of 1,950 high and mid horsepower locomotives. To accommodate future growth opportunities the company had announced in 2017 the acquisition of 260 new locomotives over the next three years from GE Transportation. The last batch of 60 locomotives is expected to be delivered by the end of 2020.