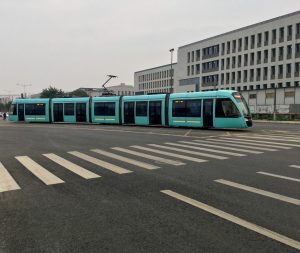 969 km of urban railway lines were constructed in 2019 in Chinese cities, according to a report released by China Association of Metros.

In December, the urban rail systems were in operation in 40 cities, having a total length of 6,730 km.

Metro is the dominant urban rail system, with a total length of 5,187 km, representing more than 77% of all urban transport system. In 2019, the National Development and Reform Commission approved new metro projects in Zhengzhou, Xi’an and Chengdu, with a total investment value of CNY 342.6 billion (USD 49 billion).