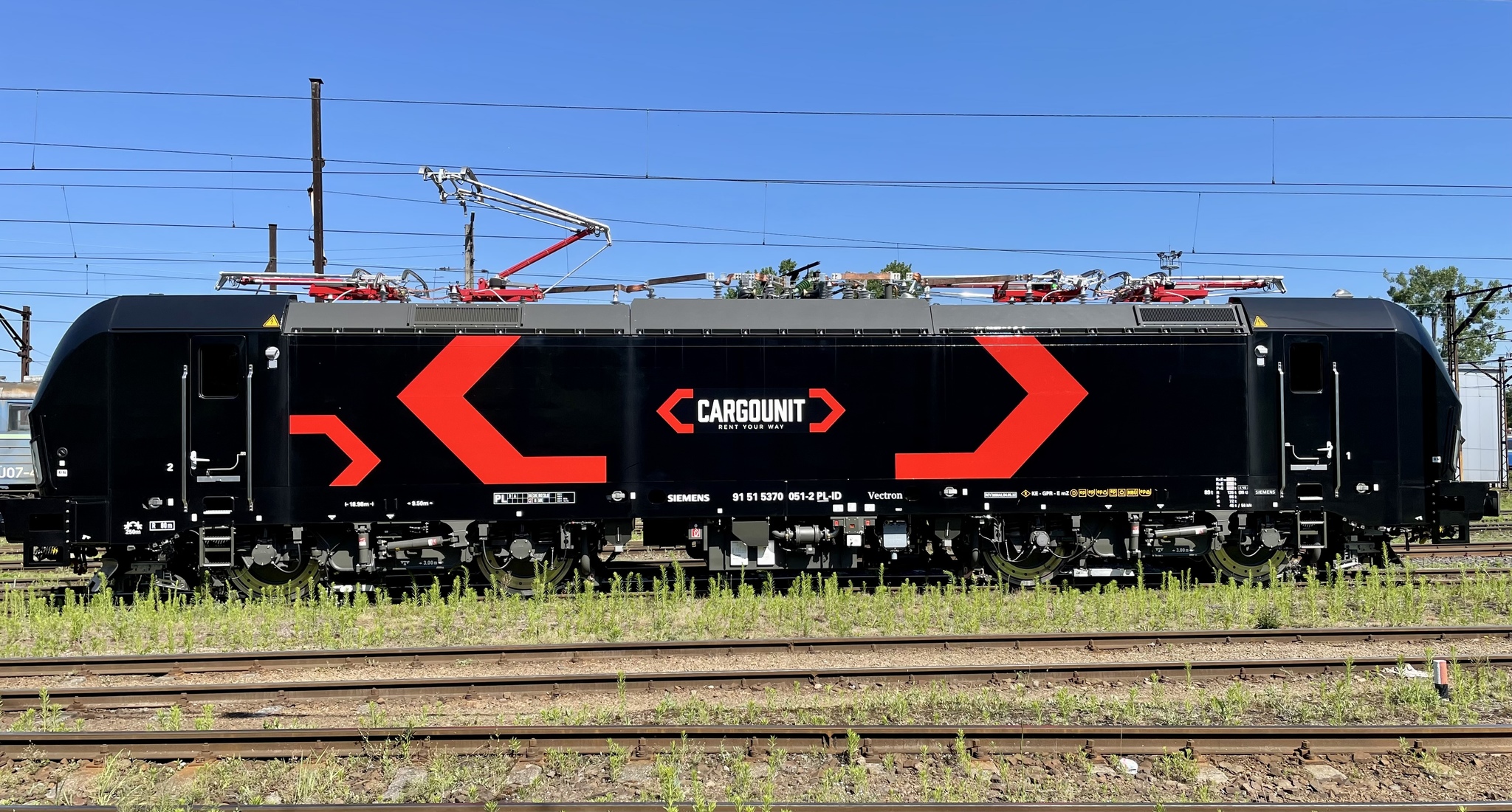 Cargounit has decided to acquire from Siemens Mobility 5 additional Vectron multi-system locomotives exercising a purchase option under a framework contract signed in 2021 for 30 Vectrons. In March, the Polish company also opted to acquire 5 more Vectrons. The new ordered locomotives are expected to be delivered in 2023 and 2024.

“We are currently observing high demand from Polish and foreign customers for modern multisystem locomotives, which is due to the continuing boom in the rail freight market in Poland and throughout Europe,” Łukasz Boroń, CEO of Cargounit said.

The state-of-the-art Vectron MS locomotives are the key to carrying out a wide variety of transport tasks throughout Europe and to strong growth also in the intermodal segment. The Vectrons are the most modern universal locomotives on the European market, with a modular design which enables them to be easily adapted to the requirements of operation and the specific running characteristics of different countries. The basic premise behind their design was efficiency and cost-effectiveness in carrying out traction tasks in national and international traffic, both passenger and freight, in Europe.

The Vectron MS locomotive received has a power output of 6.4 MW in AC and 6.0 MW in DC and has been equipped with an ETCS system compliant with current specifications (Baseline 3).

The Vectron multi-system locomotives from the 2021 contract are intended for operation in Poland, Germany, Austria, the Czech Republic, Slovakia, Hungary, Slovenia, Croatia, Serbia and the Netherlands, in Romania and Bulgaria.

With the new order, Cargounit has already purchased a total of 28 locomotives from Siemens Mobility’s Vectron and Smartron platforms, with the possibility of ordering additional vehicles by the end of next year. In total, Cargounit could have nearly 40 Siemens locomotives in its fleet by 2025.

“Vectron MS locomotives are currently the only new locomotives available on the European market with homologation for 20 countries, which allow to run trains in cross-border traffic without changing the locomotive. We are fulfilling our mission of supporting the realization of transport connections in the Tricity countries on the North-South and East-West axes.

The additional ordered was made during the delivery reception of another Vectron Ms locomotive which will go to a customer in the Czech Republic and will operate in the Central and Eastern Europe countries.