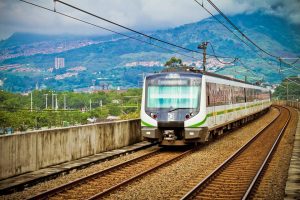 AMAT, the transport company of Palermo, Sicily, awarded a CAF Italia-leading consortium a 4-year contract for the maintenance of 17 trams operating the 4 lines of the tram network since 2015. The maintenance work will be carried out at customer’s own workshops in Roccella and Leonardo. The joint venture comprises CAF Italia and EDS Infrastrutture. Under the contract, EDS Infrastrutture will be responsible for infrastructure maintenance.

Also, in Europe, the company secured a 5-year extension of the maintenance contract with Metro de Málaga. The contract includes long cycle inspections of the Urbos 3 fleet comprising 14 vehicles. The Spanish company has a strong collaboration with Metro Málaga since 2010 when it was delivered the first tram units.

In South America, Brazil, Companhia Paulista de Trens Metropolitanos (CPTM) of the State of São Paulo, awarded a contract for the maintenance of 8 suburban trains for a 4-year term. These units were manufactured and supplied by CAF between 2011 and 2012 and operate on Line 10 on the São Paulo metropolitan network, operated by CPTM.

CPTM is owned by the Secretary of Metropolitan Transport of the State of São Paulo, which manages seven lines with over 270 km of railway network, transporting approximately 2.9 million passengers on a daily basis.

The maintenance services will be carried out by the CAF Brazil subsidiary at the Brazilian operator’s facilities in the district of Lapa, located to the west of the municipality of São Paulo. This contract reinforces company’s activities with CPTM, where it now operates several maintenance contracts.

Also, South America, the Medellín Metro has awarded CAF the long cycle maintenance reviews of 35 metro trainsets supplied by CAF over the last few years. The 2-year contract is a in continuation to the activity that was already being carried out since the commissioning of these units.