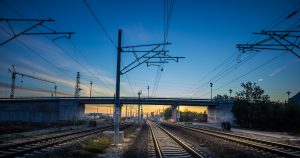 The development of intermodal connections, the introduction of traffic management and safety improvement intelligent transport systems, as well as the construction of key road and rail sections are Bulgaria’s priority projects under the “Transport Connectivity” 2021-2027 programme (PTC).

The draft budget of the transport programme for the next seven years has an estimated value of EUR 1.95 billion and is separated into five main axes. The road transport projects have the largest value, of EUR 732 million. The railway transport project has an estimated budget of EUR 702 million, and it is expected that the funds will be covered by the Connecting Europe Facility and the National Recovery and Resilience Plan in addition to the programme investment.

The development of the international rail links with Northern Macedonia and Serbia and the modernisation of Elin Pelin–Kostenets rail line are among the ongoing priority projects. The future projects to be implemented on rail transport include the construction of the railway links to Bourgas Airport and to Plovdiv Airport.

EUR 328 million are expected to be invested for the implementation of the projects envisaging intermodal connections, which include the development of transport intermodal network in the country. The extensions of the Port of Varna and the Port of Lom at the Danube River are envisaged aimed at the creation of conditions for multimodal transport operations. To create an efficient network and to develop the existing infrastructure, the assistance of multimodal operators in the country through financial instruments is also considered.

During 2021-2027, EUR 143 million for transport innovation and EUR 46 million for technical assistance are proposed to be allotted.

“All European programmes are focusing on low-carbon and greener Europe with an intelligent and intermodal transport network, while the earmarked funding of some of the largest transport projects in Bulgaria will continue,” Galina Vassileva, the Director of Coordination of Programmes and Projects Directorate at the PTC Managing Authority said.

For 20 transport projects, Bulgaria has received EUR 384.2 million through the CEF Transport 2014-2020. EUR 352.4 million was the co-funding for six railway projects that included the development of Sofia rail junction and Plovdiv Railway Node, the development of the multimodal logistics platform Sofia-Wes, the modernisation of Sofia – Elin Pelin and Kostenets – Septemvri lines. In addition, ERTMS HIPPOPS project that contributed to the simplification and harmonisation of the authorisation processes and procedures for placing on-board and trackside ERTMS subsystems and products into operation also received CEF funding.