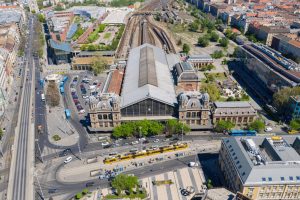 The Budapest Development Agency (BKF) presented the Budapest Agglomeration Railway Strategy (BAVS) which is expected to determine an 80% increase of the number of passengers using the suburban railway services until 2040. The goal will be achieved through comprehensive investments in the modernisation and expansion of the Hungarian capital’s railway network. The strategy contains a detailed development plan for the implementation of the projects on each railway line.

“The new railway development plans will be useful for both inside and outside Budapest. Many people today do not choose public transport because it often does not provide an adequate standard around Budapest, which is why the city is congested. We want a solution, a way out that saves time, makes the air in Budapest cleaner, reduces traffic in the city centre and helps climate targets,” Balázs Fürjes, the Minister of State for Budapest and the Development of the Capital’s Metropolitan Area said.

HUF 2 trillion (EUR 5.6 billion) is the total value of the investment of which HUF 1 trillion (EUR 2.8 billion) is already available for the next two decades and it will be also funded within the European 2021-2027 multiannual financial framework. The strategy includes 60 measures for the modernisation and development of the railway infrastructure, the service development as well as regulations and rolling stock procurement. The first phase of the strategy will be implemented until 2030, while the second one will be completed by 2040. 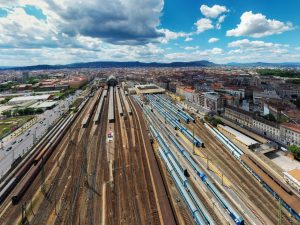 An important element of the programme is that the Liszt Ferenc International Airport can be reached from the city centre in 20 minutes, adding 16 new stops on the rail network.

The projects involve the extension of HÉV lines to offer new transport connections and the development of the Southern Railway Ring, the construction of a new Danube bridge that will provide the links to South Buda and South Pest. A 4.5 km inner-city tunnel under the Danube will be constructed under the first phase of the suburban rail development. Under the plans, the Line 5 will be also developed, and 53% of the track sections will need to be renovated as they currently cannot meet the future capacity. 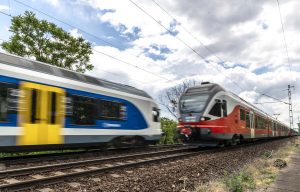 According to analysis, train service schedule is expected to provide two rapid suburban and four local trains per hour on most railway lines, which will also deliver the connections to bus and park and ride networks.

By 2040, the trains must provide direct access to at least three metro lines and for these services, a single ticket will be used.

If the Budapest Agglomeration Railway Strategy will be implemented, the number of the passengers using urban transport services will quadruple due to improved accessibility and will double in the entire suburban and Budapest area. According to  estimates, 500,000 additional passengers will choose the rail services in the capital area bringing the total number to 1 million people. This also means that 115,000 cars will be removed from the roads within the city limit area and will save passengers 15 minutes a day.