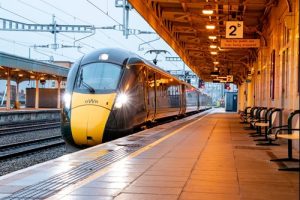 Balfour Beatty has completed the electrification of 77 km Great Western Railway line between Bristol and Cardiff, a milestone which was marked with the first electrified train running out of Cardiff Central station on January 6, 2020.

“I am delighted that services can now run on electricity between Bristol and Cardiff, linking the two capital cities for the very first time via an electric railway. This is the culmination of the largest modernisation project on the Great Western railway since it was built in Victorian times, which we have been working on over the last 10 years,” Mark Langman, Network Rail’s Managing Director for Wales and Western, said.

The project is part of Network Rail’s Greater West Electrification Programme which envisages the electrification of 275 km of line between Cardiff and London.

The Britain railway infrastructure manager is electrifying one of country’s oldest and busiest railways, improving connections across southern England and South Wales. This project is also part of its London upgrade plan, creating new connections and increasing capacity in peak hour by 30 per cent.