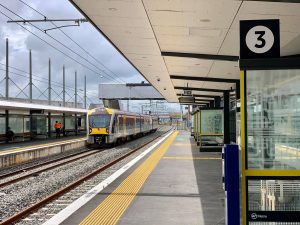 Auckland Transport announced that Auckland One Rail (AOR) is the new rail passenger operator of Auckland rail system starting 2022. NZD 130 million (USD 90.55 million) is the value of the contract with an eight-year initial term. In February 2020, the transport authority has launched EOI for a new rail franchise contract.

The existing Auckland passenger rail contract has been in place since 2004 and, following several extensions, expires in March 2022.

“The review of the current way of delivering rail services provided an opportunity to change the delivery model to better integrate all aspects of operations, with an eye on NZD 7 billion [USD 4.9 billion] of investment that is being made in rail with the construction of the City Rail Link opening in 2024, electrification of the rail line between Papakura and Pukekohe, and the purchase of additional electric trains over the next few years,” Adrienne Young -Cooper, the chairman of Auckland Transport said.

The Auckland One Rail will provide train operation across the city’s commuter rail network and will also be responsible for train maintenance, station operations and maintenance, safety, and security. The commuter rail system of the city comprises 94.3 route km and 42 stations, operated by 57 three-car EMUs manufactured by CAF. In 2017, CAF won a NZD 133 million (USD 92.6 million) contact for the supply of further 15 three-car trains with the first vehicles being delivered in 2019.

The Auckland One Rail will also establish an additional rolling stock maintenance facility for train overhauls in South Auckland with targeted employment of Māori and Pasifika into trades and engineering apprenticeships. This complements the existing facility at Wiri.

The contract award is part of Auckland Transport’s ongoing focus to continue the rapid growth of passengers using the region’s rail services, which has grown from over 2 million passenger boardings per annum in 2000 to over 22 million by 2020, a 10-fold increase.