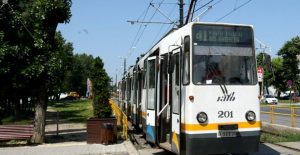 Romanian company Astra Vagoane Arad, in association with the Chinese manufacturer CRRC, obtained a victory in court in the tender for the purchase of 100 trams, organized by the Bucharest City Hall.

On Wednesday, a higher court upheld a previous decision of the National Council for the Settlement of Appeals by which the Bucharest City Hall was obliged to re-evaluate the offers, a measure in favour of the Romanian – Chinese association. The Turkish manufacturer Durmazlar also participated in the tender, as well as in other tram tenders held in Romania.

In a press release issued after the court’s decision, the Bucharest City Hall expressed its intention to respect the court’s decisions and to sign the contract as soon as possible so as not to lose the European funds necessary to finance the acquisition.

Bucharest City Hall published on December 11th, 2018 the announcement for the purchase of 100 trams, with an estimated value of EUR 180 million (RON 845.68 million, excluding VAT).

The contract includes spare parts, consumables, commissioning, maintenance, service and troubleshooting during the warranty period. The winner will also ensure the training of the tram drivers.

Along with Bozankaya Turkey, Durmazlar is one of the two Turkish manufacturers that deliver trams in Romania, in a market where the Romanian manufacturer Astra Vagoane and PESA from Poland are also active. The trams offered by Astra are produced under Siemens license in Arad, in the western part of Romania, close to the Hungarian border.