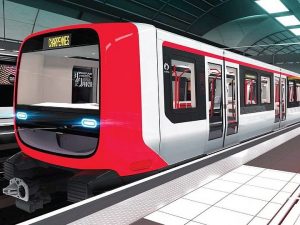 The Bucharest Court of Appeal (BCA) rejected on 30 September the appeals filed by Construcciones y Auxiliar de Ferrocarriles (CAF) Spain and CRRC Qing Sifang Co Ltd. China regarding the decision to award the metro train contract to Alstom. The two appeals had been merged by the court.

“Rejects the request for objection to the CJEU. Dismisses the complaints as unfounded. Final. Pronounced today, 30.09.2020, by making the solution available to the parties through the court registry”, is the BCA solution published on the court portal.

BCA’s decision is final. Consequently, Alstom is to sign the metro train contract with Metrorex for the supply of the 13 trains which will run on metro Line 5 inaugurated in September.

The lawsuit was initiated after CNSC rejected the appeals from CAF Spain and CRRC-Astra Vagoane Arad Romania in July. The two appeals were filed by CAF and CRRC – Astra after their technical offers were rejected by Metrorex on the grounds that the trains presented exceed the maximum permissible axle weight of 14 tonnes. The overweight was insignificant and became the subject of dispute between Metrorex and the two participants.

The Romanian-Chinese association accused Metrorex of miscalculating the weights as well as an additional unnatural rounding made by the contracting authority, while the Spanish company claimed that the overweight came from the contracting authority’s refusal to consider as normal a deviation of a few percent more, which can be technologically explainable. The Spanish company which was the subject of a corruption scandal a few years ago during a similar tender, vilely claimed that the intention is to favor a certain company.

In theory, the companies that did not win still have the extraordinary way to appeal the review. However, this is very rarely used and has negligible chances of success.

The tender provides for the acquisition of 13 trains, but also a training simulator for the operating personnel. Special tool sets (train maintenance) and supplementary services (transport, insurance, commissioning, warranty assistance, personnel operation, train operation and use of software applications) will also be purchased.

The delivery term of the contract is 42 months. The future contract will include an additional option (with a maximum of 17 new trains), intended for operation on the metro line 5, Drumul Taberei – Iancului section, Râul Doamnei – Eroilor section.

The contract may be modified at the request of Metrorex, formulated no later than 84 months from the signing of the contract, by adding a maximum of 17 trains, the same type, the same technical performance (or higher), the same contractual conditions (including th delivery terms, which will be similar to the 13 trains), the price being an exception.

Delivery times for trains that can be ordered in addition (one / more orders for a maximum of 17 trains) will be similar to the terms offered and committed by the contract.

The estimated duration of the contract (including the change provided by the review clause) is maximum 130 months.

It consists of: estimated duration for the delivery of 13 trains, simulator, special tools – maximum 42 months; the period in which the Purchaser can express his option for additional train cars, within the limit of maximum 17 trains of the same type – maximum 84 months; the period related to the delivery of the 17 additional trains – a maximum of 46 months from the expression of the option.