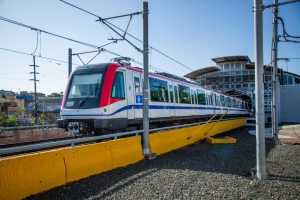 The Office for the Reordering of Transport (OPRET), the operator of Santo Domingo metro system, awarded a consortium of Alstom (leader) and Sofratesa a contract to maintain the power and catenary systems of lines 1 and 2.

The maintenance contract starts in November and will be performed for the next three years.

The two lines of the Santo Domingo metro system make it the most important public transport system in the Dominican Republic.

Alstom has been present providing its maintenance services and experience since the establishment of the Santo Domingo metro allowing a maximum useful life of the components and maintaining an optimal availability of the assets without compromising safety.

Since the Line 1 opened and through to the end of 2020, the system has transported more than 51.5 million people safely and efficiently.

In August, Alstom won a contract for the supply of 8 new three-car Metropolis trains for the Santo Domingo Metro Line 1. These new trains will be added to the 43 Metropolis train fleet that Alstom previously supplied to Line 1 and for Line 2, since 2009, for a total of 138 cars.

The 14.5 km long metro Line 1 provides transport services in Greater Santo Domingo area on north-south axis. The line is served by 16 stations of which one station provides the connection with the second line.

Line 2, opened in 2013, and its 2B section is providing the transport connection from east to west from María Montez station (in west) to Concepción Bona in east. The line has 18 stations and at Juan Pablo Duarte station (on Avenida John F. Kennedy) is providing the connection with Line 1.