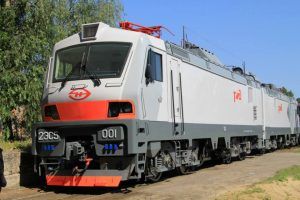 Alstom has announced that it will suspend all future business investments in Russia and “will obviously comply with all applicable sanctions and laws” deciding to suspend all deliveries towards Russia.

Alstom is owning as a capital investment a 20% stake in Transmashholding (TMH), the Russian locomotives and rail equipment provider primarily serving the local market. There was no material business nor operational link between Alstom and TMH, the French manufacturer says in a press release. The book value will be re-assessed as part of the fiscal year 2021/22 closing accounts. TMH is consolidated through equity method. In Alstom H1 2021/22 financial report, carrying value of Alstom’s interest in TMH amounted to EUR 482 million, with a currency translation adjustment at EUR 169 million, and TMH’s contribution to Alstom’s net income was slightly negative at EUR 2 million.

Alstom was developing a partnership project with UZ, Ukraine rail operator including locomotive supplies and associated services. In February 2022, Ukraine Railways and Alstom signed a EUR 900 million locomotive contract under which the French manufacturer will deliver 130 locomotives. Alstom now says that current discussions on this project have been suspended due to the war between Russia and Ukraine. Alstom has expressed its deep solidarity with UZ during this dramatic time and is closely monitoring the dramatic situation currently happening in Ukraine. “The safety of our employees and their families is, as always, our first priority. A dedicated team has been set up to manage the situation since the beginning of the conflict, taking actions to best support them,” Alstom says.

Due to the was context, many international companies decided to suspend or to pull out their business investments in Russia.

Following Russia’s military aggression against Ukraine, Western countries have imposed sanctions. The EU has adopted comprehensive and robust package of restrictive sanctions covering the prohibition to provide funds or economic resources to 702 individuals and 53 entities. On the financial sector, the sanctions are related to cut Russia’s access to capital markets of the EU, increasing borrowing costs for the sanctioned entities and gradually eroding Russia’s industrial base. The energy sector sanctions include export ban of specific technologies while on transport sector the EU has banned the exports, sales, supply or transfer of all aircraft, aircraft parts and equipment to Russia, the provision of all related repair, maintenance or financial services and the EU airspace has been closed to all Russian-owned, registered or controlled aircraft. Three quarters of Russia’s current commercial air fleet were built in the EU, the US and Canada. This means that Russia will not be able to maintain its fleet to international standards.