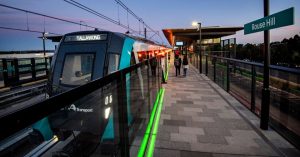 Alstom booked EUR 9.9 billion of orders recording an increase in orders in both Services and Signalling segments, which total 51% of the group’s order intake in the fiscal year 2019/20.

“This fiscal year was the first of our new strategy Alstom in Motion, which was launched last June and is now being deployed throughout the Group. Although considered a stabilisation year, Alstom enjoyed strong commercial momentum in a very dynamic railway market,” Henri Poupart-Lafarge, Alstom CEO said.

In the fiscal year 2019/20 Alstom’s adjusted EBIT reached EUR 630 million, equivalent to an adjusted EBIT margin of 7.7%, as compared to EUR 606 million and 7.5% in the previous fiscal year. The improved operational performance was driven by an increase in revenue combined with industrial efficiency.

Alstom 2019/20 fiscal year recorded a 2% growth of total sales reaching EUR 8.2 billion. Rolling Stock sales reached a 14% organic increase, to EUR 3.9 billion thanks to large high-speed and regional projects in France, Italy, the Netherlands and Germany and the United States. Both Signalling and Services sales amounted to 36% of Alstom sales with Signalling up by 13% organically at almost EUR 1.5 billion, mainly benefiting from on-going projects in India, Europe and AMECA region. Services sales reached EUR 1.47 billion, down moderately by 6% organically. Systems sales decreased to EUR 1.3 billion with an expected ramp-down on Dubai, Lusail and Riyadh systems projects and a fully delivered contract in Panama.

Regarding the innovation segment, Alstom sustained its level of research and development at EUR 302 million, representing 3.7% of sales. The company strengthened its position as a leading actor in providing comprehensive alternative solutions to diesel pushing towards carbon neutrality

Due to coronavirus pandemic, Alstom’s containment resulted in the reduction of activities in most production and maintenance facilities as from the end of the 2019/20 fiscal year. The impact on Alstom’s sales in this fiscal year 2019/20 is assessed to be EUR 100 million, mostly on rolling stock due to the slowdown of sales recognition during the containment period, and to a lesser extent on services due to train traffic reduction. The identified inefficiencies and incremental costs impacting the cost of sales represent EUR 24 million in fiscal year 2019/20. Although manufacturing activity was impacted by the Covid-19 pandemic, the company has been committed to support the fight against the crisis. It has used 3D technology to produce face shields and valves for respirators, and donated masks and other protective equipment to hospitals, local communities and suppliers. The company has started to slowly re-open most of its sites from end of April onwards when the necessary safety conditions were met.

The 2019/20 results marked company’s first year of AiM climate strategy which was deployed as planned. Alstom is on its way to reach a 25% reduction of energy consumption in its solutions by 2025, progressing to 20% as of March 2020, compared to 17% last year. The company has increased its newly developed solutions with eco-design to 25% in March 2020, with the objective to reach 100% in 2025, and secured 36% share of electricity from renewable sources in its operations, with a target to reach 100% by 2025.