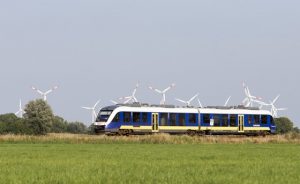 Alstom, German Aerospace Center (DLR) and the TU Berlin, are together implementing the project on the automated regional trains in Lower Saxony, Germany, that now has entered a new development phase.

The three sides are developing technical solutions to gradually digitise rail passenger transport in Germany with the project exploring the possibilities of automation in regional transport via the European Train Control System (ETCS). The Landesnahverkehrsgesellschaft Niedersachsen (LNVG) supports the project and is providing two regional trains for the tests. Automated driving is being tested on routes in Northern Germany.

During the first phase, new systems for driverless operation are being developed as part of the trials. This includes signal recognition, which will provide the ability to recognise and interpret the railway traffic signals set up along the track. In addition, the train must be able to recognise obstacles. In the event of a malfunction, the train is controlled remotely or guided by the train attendant. Alstom has already demonstrated with test trains in other countries that automated driving and remote control of trains can be technically implemented. The project will determine whether the existing regulatory framework for Automatic Train Operation (ATO) could be adapted. It will then examine which tests and results are needed to sufficiently prove safety standards for automated driving in passenger operation.

In a second phase, automated driving must take place as a “living lab” under real conditions. The new systems will be installed in the two LNVG multiple units pre-equipped with ETCS and tested in operation. The findings from development and operation will help to prepare for the later approval of fully automated trains and to further automate regional transport.

Under the plan to develop automated regional trains, DLR will identify both the operational requirements for the technology to be used later and the necessary adaptations regarding the manually operated vehicle today. In addition, the researchers will use railway operational and economic calculations to investigate how the automation solutions can be transferred to other regional lines. The aim is to derive recommendations for action for their equipment.

Alstom is performing several digitalisation projects in Germany. The company will convert the S-Bahn and regional trains in the greater Stuttgart area to ETCS technology as part of the Stuttgart 21 and ‘Digital Node Stuttgart‘ project.