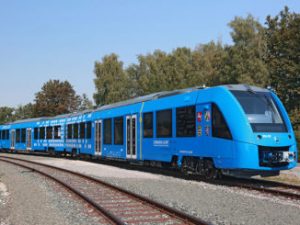 Under the contract, Knorr-Bremse will supply the KBGM-P braking systems at least until the end of 2025, which makes an important contribution towards the continuation of the Coradia platform.

“This new version of the contract is a confirmation of our longstanding cooperation with Alstom and an indication of our shared goal of making mobility safer, more available and more reliable for increasing numbers of people,” said Jürgen Wilder, Member of the Executive Board of Knorr-Bremse AG and responsible for the Rail Vehicle Systems division.

The major contract for the 129 trains covers braking systems for the tried-and-tested Coradia Lint regional train as well as the Coradia iLint hydrogen train.

With seating for up to 300 passengers, the regional trains will operate at top speeds up to 140 km/h in Germany and also in Denmark. Tried and tested in regular service since 2005, the KBGM-P pneumatic braking systems are already installed in more than 1,000 trains from the earlier generation of Coradia Lint, as well as the two prototype iLint trains.

Knorr-Bremse is taking further steps to for long-term reduction of emissions. For example, with technologies like its intelligent, low-noise air supply systems, wear-free eddy current brakes and energy-efficient heating, ventilation and air conditioning (HVAC) systems, the company is both helping to reduce energy consumption and cutting CO2 and noise emissions. Parallel to this, Knorr-Bremse subsidiary Kiepe Electric is developing a technology that converts diesel multiple units into hybrid trains by fitting them with traction batteries.