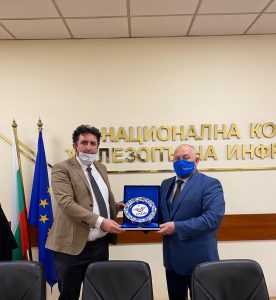 During a meeting between Turkish State Railways, TCDD, and the railway infrastructure manager of Bulgaria, NRIC, it was agreed to improve and modernise the Plovdiv – Istanbul rail connection which includes the Svilengrad-Kapikule railway.

The Bulgarian side decided to double-track the Plovdiv – Svilengrad – Turkish border railway line which is currently at a design stage.

The representatives of the Turkish State Railways presented a proposal for the rehabilitation and double-tracking of Halkali-Çerkezköy-Kapikule line, linking Istanbul to the Bulgarian border. The Halkalı- Kapıkule railway project has been launched in October 2019. EUR 1 billion is the estimated value of the project that has received e EUR 275 million European financing through the Instrument for Pre-Accession Assistance (IPA) for 2014-2020 multiannual financial framework. The double-track electrified line will have 200 km/h design speed and will be equipped with signalling systems that are compatible with the EU standards (ERTMS/ETCS Level 1). The double track line will have a length of 229 km and it will be built in two phases. The Cerkezkoy-Kapikule section, which will be funded by the EU, it will be constructed by the Gulermak-Alsim Alarko consortium and the Halkali-Cerkezkoy section, which will be funded by the Turkish government. The project is expected to be completed in 2022 allowing trains to run at a maximum speed of 200 km/h.

The project’s parameters, the designed speeds on both sides of the border as well as the options for the improvement of the service and increasing of the passenger and freight traffic were also discussed.

In order to make the mutual work between the project teams more effective, the representatives of a joint work team from both railway companies will be nominated as soon as possible.

The Plovdiv – Istanbul rail line is 374 km-long and currently, is the only rail connection between both countries via the border crossing at Kapikule/Svilengrad. In 2016, Bulgaria has completed the modernisation of the Plovdiv – Kapikule line via Dimitrovgrad with a length of 154 km. BGN 424 million (EUR 216.8 million, in current prices) was the value of the project that was supported by the European Union under the Operational Programme Transport for 2007-2013. The line was modernised to allow tilting trains to run at speeds of 200 km/h, and conventional passenges trains at 160 km/h. Freight trains are able to run at a maximum speed of 120 km/h.