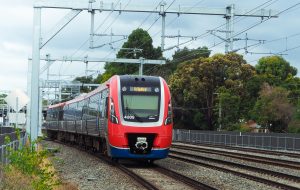 The Department of Infrastructure and Transport of South Australia awarded Keolis Downer a EUR 1.32 billion contract to operate and maintain the Adelaide commuter rail network. This is the first time this network will be managed by a private operator.

The contract, which takes effect on 31 January 2021, is for an initial period of eight years, extendible to twelve years. As part of this contract, Keolis Downer will deliver more services and improve passenger experience.

To provide a more connected transport scheme, passenger information will be enhanced by better real-time information. Keolis Downer staff will be equipped with new devices to meet passengers needs more effectively by keeping them informed about train times and traffic conditions in real time.

“This is about delivering better outcomes and a modern public transport system for South Australians. This contract delivers greater benefits to customers and will see an operator with demonstrated experience bringing that expertise to Adelaide,” Corey Wingard, South Australian Minister for Infrastructure and Transport, said.

Adelaide commuter rail network comprises 131 km of lines of which 39 km of electrified lines, served by 89 stations. The network is formed by four main lines – Belair, Gawler, Outer Harbor, and Seaford and two spur lines, Grange and Tonsley which will be extended by 650 m in 2020 with the Flinders. The AUD 141 million (EUR 103.2 million) project extends from Tonsley railway line to the Flinders Medical Centre including an elevated single-track over Sturt Road, Laffers Triangle and Main South Road linking the centre and Flinders University to the existing passenger railway network. Two railway stations and an integrated shared pedestrian/cycle path adjacent the railway line are constructed under the project.

The network is operated by a fleet of 92 trains, 22 three-car run electrically and 70 are diesel trains. Starting next year, 12 other electric trains will be added to the rolling stock fleet.