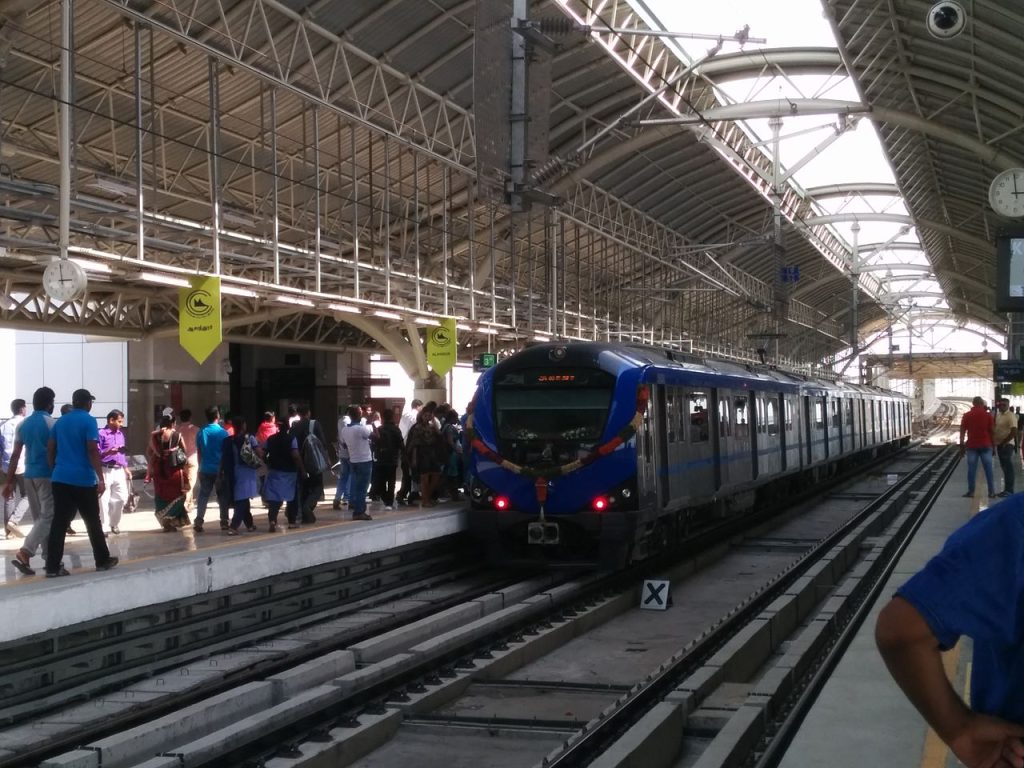 The Asian Development Bank (ADB) approved a USD 780 million multi-tranche financing facility (MFF) for the Chennai metro phase 2 project. The financing will support the construction of a 10.1 km elevated section between Sholinganallur to State Industries Promotion Corporation of Tamil Nadu-2, including 9 metro stations and system components. 10 km of the underground section between Lighthouse and Meenakshi College including 9 stations and 31 km of system components, such as electrical, mechanical, power, and telecommunication infrastructure, between Chennai Mofussil Bus Terminus to Okkiyam Thoraipakkam. The stations will incorporate disaster- and climate-resilient features and will be responsive to the needs of the elderly, women, children, differently abled, and transgender people.

Multimodal interchanges and facilities will be established along metro rail corridors to improve commuters’ experience such as drop-off and pick-up areas, sheltered waiting areas, bicycle facilities, and passenger information.

ADB will provide an additional USD 1 million technical assistance (TA) grant to help the Chennai Metro Rail Limited (CMRL) with the planning and management of the metro system’s multimodal integration. The TA will support the identification of first- and last-mile connectivity needs and explore opportunities for transit-oriented development to increase revenues through land value capture.

ADB’s financial support will contribute to the expansion of the existing metro rail network in Chennai, by constructing the Lines 3 and 4, connecting the central area of Chennai to key points in the south and west of the city. The first tranche will cover the initial stage of civil works related to underground tunneling and stations along the Line 4 corridor, and the construction of viaducts along the Line 3 corridor. Other contracts related to establishment of stabling depot, staff quarters, electrical and mechanical components, and other system packages will be procured subsequently.

Chennai metro phase 2 consists in the development of three new metro lines, 3, 4, and 5, which are about 119 km long. The new lines will connect the central area of Chennai to major destinations in the south and west of the city. The investment project and the attached technical assistance project will improve the overall livability, inclusiveness, and competitiveness of the Chennai Metropolitan Area (CMA) by providing affordable alternative transport, enhancing non-farebox revenue generation, and enabling transit-oriented development, and first- and last-mile connectivity.

Under the contract, Linxon will deliver traction substations and auxiliary main substations, along with wayside substations and power cables, overhead catenary systems and a supervisory control and data acquisition system. The company will bring its engineering services to the design, manufacture, supply, installation, testing, and training, and commissioning of the power supply system for this mass urban rail development project.

This announcement builds on the successful completion of a contract won in 2020 for Phases 1A and 1B of the Kochi metro, the opening of which was inaugurated in September by the Prime Minister of India, Shri Narendra Modi, and in the presence of the Chief Minister of Kerala state.

Chennai metro phase 2 and will significantly increase the public transport ridership and reduce congestion particularly around Chennai’s expanding IT hub. The project is expected to be opened in phases from 2025 and the entire system will enter passenger operation in 2028, according to its schedule. “This entire phase 2 project is expected to be completed in five years and increase daily ridership by 1.55 million people,” said Rajesh Chaturvedi, Director of System and Operations at Chennai Metro Rail Limited (CMRL).