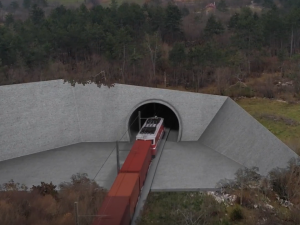 2TDK, Slovenia’s state-owned company, has received 29 bids for the construction of Divača -Koper second track. The tender was divided into two lots.
For the first section between Divača and Črni Kal, 15 bids were submitted, and for the Črni Kal-Koper section, 14 companies participated at the tender.
The procedure for selecting the winning bids will take place in two stages. In the first one, the competence of the candidates will be evaluated, while under the second stage, the offered price will decide the winner of the tender.

For the first lot, the Divača – Črni Kal section, the 15 bidders are:

Excepting the consortium of Marti GmbH – Marti Tunnel and TuCon, all these tenderers submitted their bids for the second lot (the Črni Kal-Koper railway section). 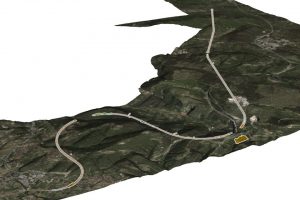 The Divača – Koper railway project consists of the construction of a 27.1-km second track, of which 75% in eight tunnels. Under the project, two viaducts, two bridges and one gallery will be also constructed.

EUR 1.2 billion is the total value of the project, of which the European Investment Bank has already approved a EUR 250 million funding, and EUR 109 million are covered by the CEF.

The project is expected to be completed in 2025, and the commercial operation will be launched in 2026. The new track will provide the needed capacity for 231 trains per day. Together with the existing line, the new second track will allow an annual capacity of 43.4 million tonnes.

2TDK is a 100 % state-owned company established for the development of the Divača-Koper second track. It has become the project’s investor, it will execute site preparation works, financial engineering, and all necessary construction, as well as managing the infrastructure for the concession period of 45 years.